Researchers have found that viewing uplifting content – including images of puppies and bunnies – paired with images of your spouse can help to rekindle the spark in a relationship. (Who needs marriage counselors when you have puppy pictures.)

Apparently, one of the most common challenges of marriage is the death of passion. Scientists conducting this study relied on evaluative conditioning and recommended an unconventional fix.

Obviously, a spouse’s behavior is the most important factor in influencing each partner’s natural attitude toward the other, but the researchers also say outside influences play a role.

These outside influences can be a resource for couples experiencing difficult times. For example, “one vital source of our feelings about our relationships can be reduced to how we associate our partners with positive affect, and those associations can come from our partners but also from unrelated things, like puppies and bunnies,” said James K McNulty of Florida State University.

In the new study, a team of psychological scientists led by a researcher from Florida State University investigated the relationship satisfaction of 144 married couples. The couples were under the age of 40, married for less than 5 years, and roughly 40 percent of the couples had children.

The researchers tapped into a phenomenon known as conditioning, in which linking a positive stimulus to an unrelated stimulus creates a positive association over time. 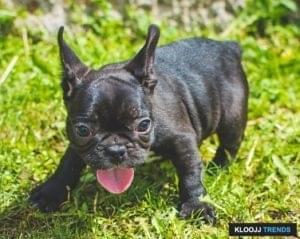 HERE’S HOW THEY DID IT

1. Participants of the study were divided into two groups: Experimental Group and Control Group.

2. The Experimental Group was asked to individually view a stream of images once every 3 days for 6 weeks. They were shown images of positive stimuli, including puppies or words such as ‘wonderful,’ with pictures of their partner embedded in the stream.

3. Participants in the Control Group were shown images of their partner paired with neutral stimuli.

4. At the beginning of the study, the couples each completed surveys to measure relationship satisfaction.

5. A few days later the surveys measured their immediate- natural attitudes towards their partner.

6. Over the course of the study, the participants were asked to complete additional surveys every 2 weeks for a period of 8 weeks. The surveys measured the participants’ implicit attitudes toward their spouse.

7. Each individual was shown a series of faces including their partner’s and then asked to indicate as quickly as possible the emotional tone of positive and negative words.

As farfetched as it might seem, when it comes to the heart, you just never know. 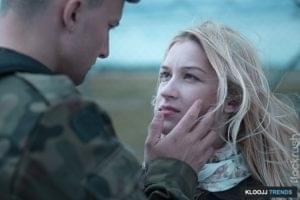 According to the researcher, the work was prompted by a grant from the Department of Defense, and could be helpful for those in long-distance relationships, like soldiers.

The researcher was asked to theorize and test a brief way to help married couples cope with the stress of separation and deployment. 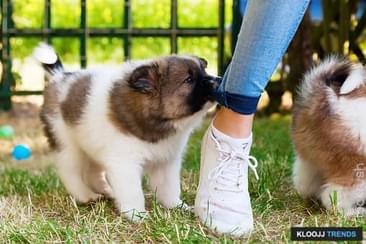 Read More
How to Estimate Your Dog’s Age

We have all heard the myth that one human year equals seven dog years. However, a one-year old …

If you’ve got a furry friend at home, you know how tempting it can be to share your favorite foods …

Read More
A Walk in the Rain

You don’t let a little bit of rain stop you so why hesitate with your dog? Our four-legged …