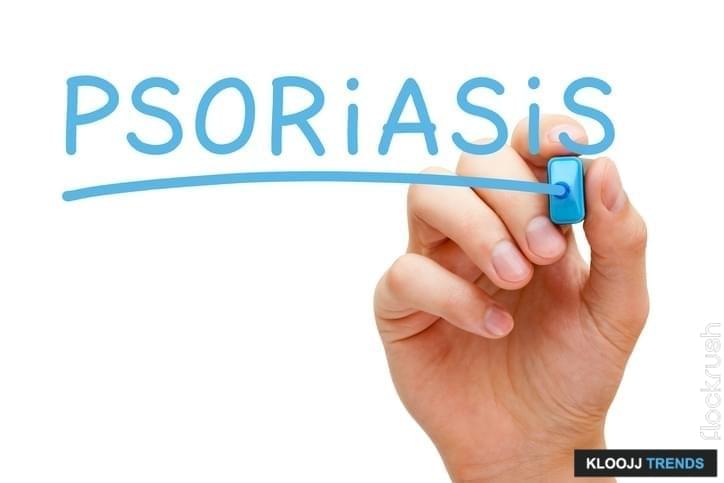 Psoriasis is a chronic disease caused by an overactive immune system. While the immune system exists to protect you against harmful pathogens, it can sometimes accidentally attack healthy cells, as is the case with psoriasis. This condition leads to the overproduction of skin cells which accumulate on the surface of the skin in red, scaly patches known as plaques.

There are a number of different types of psoriasis, each with their own symptoms and psoriasis triggers. What they all have in common is the fact that the primary cause is unknown. Even so, the risk factors and contributing conditions for psoriasis have been identified – keep reading to learn what they are.

What Are Psoriasis Risk Factors? 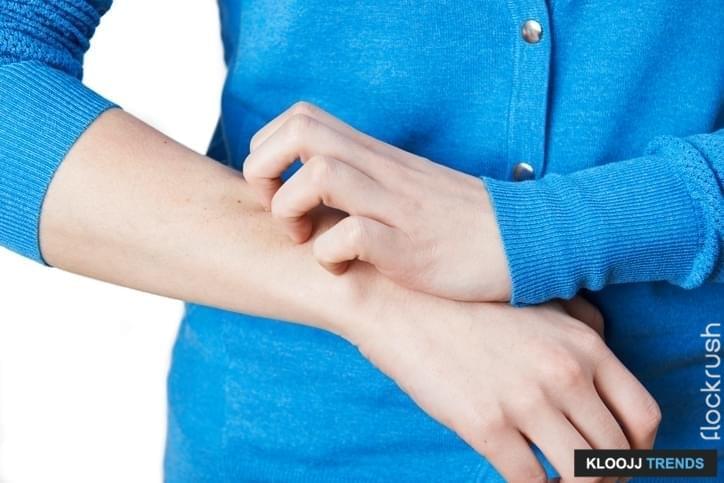 Another risk factor for psoriasis is having certain infections. If you have HIV, your risk for developing psoriasis is automatically higher. Having recurrent infection like strep throat may also increase your risk, especially in children and young adults. Regularly smoking tobacco or drinking alcohol to excess can increase your risk as well. Yes,  Psoriasis caused by alcohol is a real thing. And if you’re wondering, “Can stress cause psoriasis?” the answer to that question is also Yes, Psoriasis caused by stress.

The remaining Psoriasis risk factors are closely linked – obesity and poor diet. Being overweight or obese is very detrimental to your health. Not only can it increase your risk for psoriasis, but it increases your risk for other more serious diseases like type 2 diabetes or heart disease. One of the main causes of obesity is an unhealthy diet which, coincidentally, is also a risk factor for psoriasis. When it comes to the best diet for psoriasis, you should focus on lean proteins, whole grains, and fresh vegetables rather than processed, fatty, and fried foods (vegan diet psoriasis). 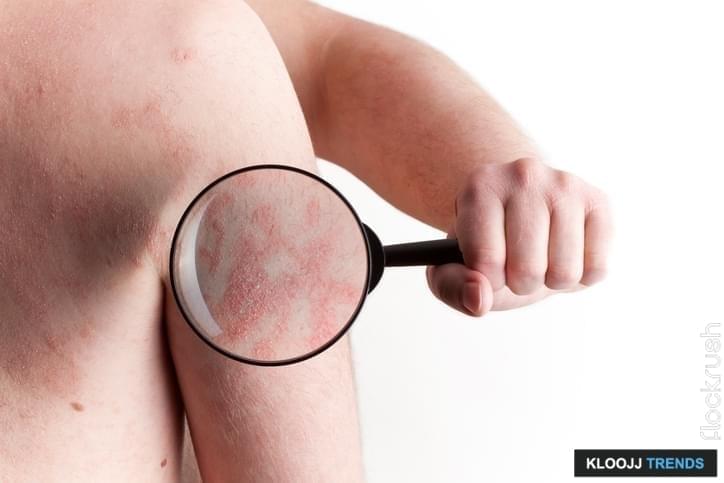 Though the Psorasis risk factors are well-known, the pathogenesis of the disease is not yet completely understood. Research has confirmed that psoriasis is influenced by both genetic and immune-mediated components but there are still multiple theories regarding triggers and causative factors. Some of the most common theories involve some kind of infectious episode, trauma to the skin, or a particularly stressful life event. In many cases, however, there is no obvious trigger.

Regardless of any obvious trigger, once the disease is set in motion the epidermis layer of the skin is infiltrated by a flood of immune cells known as T-cells. In one study, it was revealed that a psoriatic lesion covering approximately 20% of the body surface had more than 8 billion T-cells circulating in the blood with 20 billion concentrated in the dermis and epidermis layers. Other studies have confirmed that T-cell hyperactivity along with the resulting inflammation caused by an autoimmune response play a major role in the pathogenesis of the condition.

What Are the Most Common Psoriasis Triggers?

Having one or more of the risk factors previously mentioned can increase your likelihood of developing psoriasis. Even if you have the disease, however, that doesn’t mean you’ll always have an active rash. In the same way that certain things can increase your risk for developing the disease, so can certain things trigger a flare-up. Here are some of the most common triggers for different types of psoriasis:

If you smoke tobacco, your risk for developing psoriasis is higher and it could also trigger more frequent outbreaks.

Mental stress is a major trigger for various types of psoriasis.Psoriasis caused by stress can also contribute to internal inflammation which may increase your risk for developing a complication.

Exposing your skin to harsh weather, particularly cold and dry weather, is a recipe for a psoriatic outbreak (winter psoriasis). Sunburn can also trigger a flare-up.

Any illness that affects the immune system has the potential to trigger a psoriasis outbreak but some of the most common are strep throat, bronchitis, tonsillitis, respiratory infection, and various bacterial infections.

Injury to the skin the form of deep cuts, sunburn, tattoos, or even a vaccination can sometimes be enough to trigger a psoriasis flareup.

Your diet is closely linked to your health, so it should come as no surprise that the food you eat can trigger a flare-up. The most common food triggers for psoriasis include fried food, fatty food, processed food, whole milk dairy, gluten-containing grains, and citrus fruits.

If you know you have psoriasis, you would be wise to avoid the things that trigger it. Working with your doctor to develop a treatment plan and sticking to it will make your life much easier and much more pleasant.

Are There Any Psoriasis Complications?

If you fail to properly manage your psoriasis, you put yourself at risk for some serious complications. Psoriatic arthritis, for example, commonly results from poorly managed plaque psoriasis or other forms of the disease. Psoriatic arthritis is a painful joint condition that cause lead to permanent joint damage as well as a loss of function in the affected joints. Without prompt treatment, this condition can be very serious and might be debilitating.

In addition to being a risk factor for psoriasis, obesity is also a potential complication. It is unclear how these two things are linked, but studies show that people with psoriasis are also more likely to be overweight or obese. It might have something to do with the fact that severe cases of psoriasis can limit your mobility, or it may have something to do with the inflammation triggered by an autoimmune reaction. There are also a number of psoriasis dietary triggers which may be involved.

Another complication associated with psoriasis is type 2 diabetes – high blood pressure is another. Having a higher risk for hypertension (high blood pressure) also increases your risk for cardiovascular disease. In fact, the risk of heart disease is twice as high in psoriasis patients as in healthy patients – you are also more likely to have high cholesterol, atherosclerosis, and an irregular heartbeat. Having psoriasis may increase your risk for other autoimmune diseases as well as kidney disease, eye conditions, and mental health problems like anxiety or depression.

Now that you have a better understanding of what psoriasis looks like and what triggers its development, you may be wondering how it differs from other skin conditions like dandruff and eczema. When it comes to the differences between dandruff vs psoriasis, it is important to know that dandruff is caused by dry skin on the scalp. As such the condition is easily treated with medicated shampoos or moisturizing conditioners – it might itch, but it isn’t a painful or long-term condition like psoriasis.

When it comes to differentiating between psoriasis vs eczema, things might not be so clear-cut. Both conditions result in the formation of patches of red, inflamed, and sometimes blistered skin on various parts of the body. The primary difference is that eczema isn’t usually covered by scales of dead skin like psoriasis. The things that trigger these two conditions are very similar, on the other hand. So, if you’re wondering can stress cause eczema or can stress cause psoriasis, the answer to both is Yes.

Though psoriasis is a chronic condition with no known cure, it is possible to manage the condition and to prevent psoriasis flare ups. Your first step is to seek help with psoriasis from your doctor to receive an accurate diagnosis. From there, you can choose a course of treatment and start getting your condition under control. Then, simply stick to it and you’ll be fine!

Next Page ❯
Advertisement
All About Psoriasis 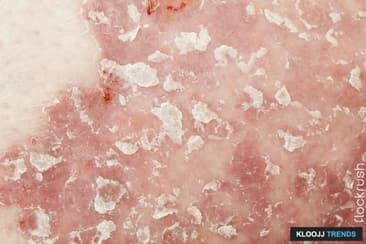 What is Psoriasis? At the root of it, psoriasis is a skin condition that speeds up the life …

Here are a bunch of videos that help you understand all about Psoriasis, Its causes, Symptoms, …

Here are a bunch of videos that help you understand all about Psoriasis, Its causes, Symptoms, …

Read More
All About Psoriasis - Part 2 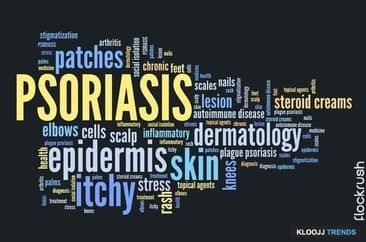 Are There Different Types of Psoriasis? We have a video at the bottom of this article that …

Read More
What is the Best Psoriasis Treatment?

An autoimmune disorder that speeds up the life cycle of skin cells, psoriasis results in red, itchy, …